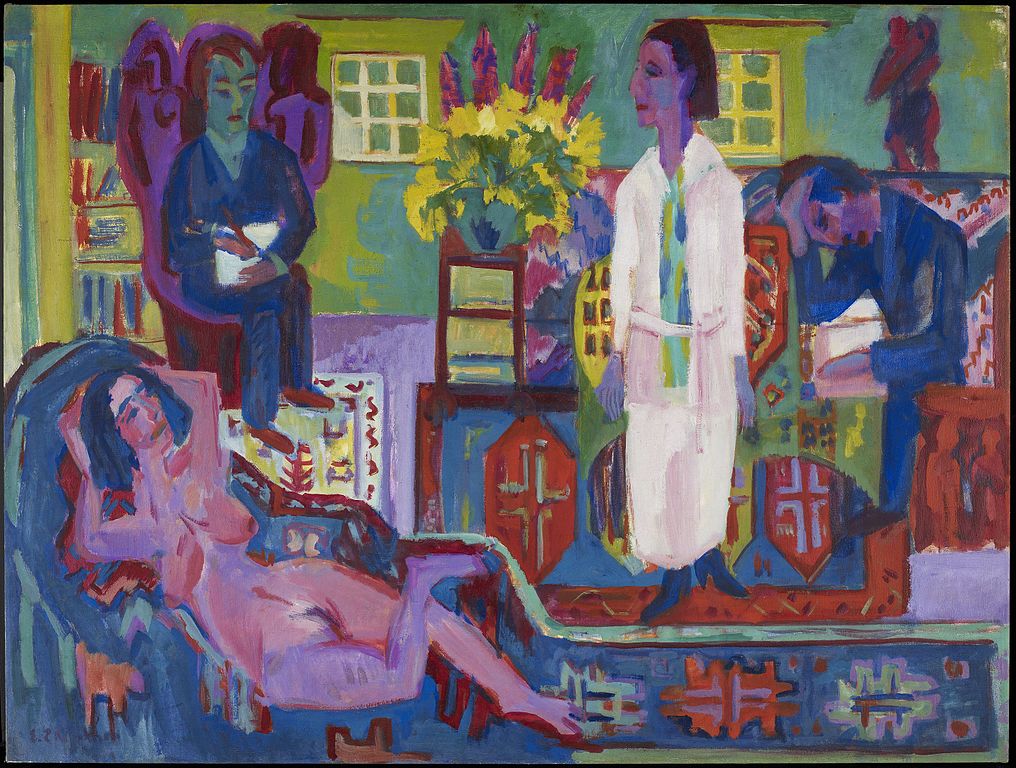 A blue-haired naked person with female sexual characteristics is randomly lounging in a public area, like there is nothing wrong with it; it should be noted that gender is something that cannot be assumed in erronormative art, and as such, the naked person might be something other than a woman. Another person with long hair (who might also be something other than a woman) is nonchalantly staring at the naked person. Finally, there are 2 individuals in the background just casually reading a book like there is nothing special happening.

What is ordinarily a sexually perverted creep who would normally be arrested for public indecency has been turned into “business as usual” which says a lot about the painter. Moreover, the humans don’t look human. The edges are uneven. The paint strokes lack finesse. There is a total absence of any symmetry. The perspective is flat, 2-dimensional, and amateurish. Kirchner is clearly trying to pass off his artistic errors as some kind of intentional artistic choice – a rather depressing coping mechanism.